Berwick urges us to “embrace the moral determinants of health, including, most crucially, a strong sense of social solidarity in the US. ‘Solidarity’ would mean that individuals in the US legitimately and properly can depend on each other for helping to secure the basic circumstances of healthy lives …” Over 20 years ago Pellegrino argued similarly, referring to the “common good”.

Our friendships have always been an important part of our professional lives, but never so much as in these current days. Two great resources that speak to this are this article from HBR and this podcast episode about Malcolm Gladwell’s core friendship (thank you to my friend Justin Moore for sharing this with me). From the HBR article … “[cultivating friendships] takes intentional effort. King: ‘In each moment we have the choice of whether and to what extent to connect with the person before us.’ Denworth: ‘You must… put time and attention into building quality relationships.’ Murthy: ‘Creating a connected life begins with the decisions we make in our day-to-day lives.'”

It’s grief we are feeling

I’ve found this article very helpful during these days we are in.

Physician Leadership in a time of pandemic …

In addition to our own wellness, as physician leaders we are called to support our staff and team member’s wellness.

Some thoughts and resources …

My own ‘watchwords’ for these days … Be kind … and Expect a marathon, not a sprint.

Debrief, debrief, debrief. When things happen that are stressful, unusual, out of the ordinary … take a minute with your team … call a time out … and debrief. Level set everyone (make sure everyone has the same basic understanding of the facts). Encourage team members to share their concerns and feelings. Validate. Normalize. Empathize. Share your own experience.

Annals of Internal Medicine has a great article of pertinence.

VitalTalk has a page of communication tips/strategies.

I am so grateful for being able to walk with you on this journey!

Paul Klee … an encounter with art …

It took a long time for me to have my first real art experience. It happened when I saw Paul Klee’s 1928 abstract painting “Howling Dog” on a college road trip to the Minneapolis Institute of Art, in 1983, and became mesmerized … read the rest here … 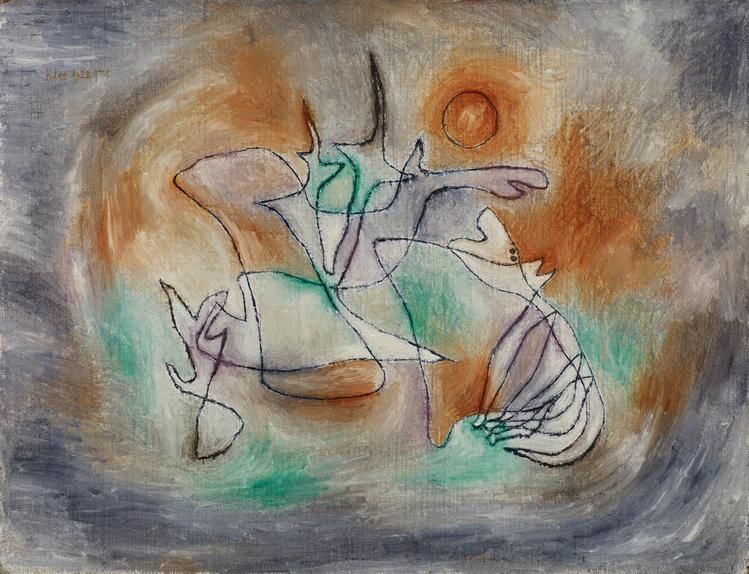 (Book of Divine Works) … on the cover of JAMA …

the value of suffering at life’s end …

Inspired by a Tolstoy novella, Kurosawa produces a masterpiece dealing with a topic which every human grapples with at one time or another, but which we all choose to ignore. Set in the times of the aftermath of the second world war, the movie chronicles the journey of a Japanese civic clerk coming to terms with his mortality in the form of stomach cancer. With only six months of remaining life, Watanabe tries various means to repress it, only to be repeatedly reminded of his imminent death. He begins to question the existential tenets involving his relationship with his son which had been driving his life up until that point. Feeling unloved by his family, Watanabe slowly spirals into a place of darkness and despair. This very desolate spot helps him reclaim a context not just to his disease but to his life. He has to draw strength within himself to prevail upon the bureaucracy he himself had created to give birth to something beautiful and meaningful for others. Ikiru by Akira Kurosawa – Japanese w/ English subtitles. (text by Ragneel Bijjula)

“Through a Time of Darkness … I Found the Solid Point of a Restart”
I cannot look at the countless events that happened in the past year but with a great gratitude which moves me to tears. It has, paradoxically, been the toughest year and at the same time the most revolutionary one because of the sign of a great preference for me. I was going through a time of darkness in my life, like Dante in the first Canticle from The Divine Comedy.
I was literally at risk of ruining and throwing away all the dearest things of my life.  At a certain point, the Lord through the brave faces of my friends, decisively put me up against the wall. At that precise moment, right when I discovered that I was in need of everything, I started following these same friends because I glimpsed a proposal of something good for me.
A little later, another sign of preference came to me (not any sweeter than the first one): the health conditions of  Dionino–a member of the Memores Domini living in London–deteriorated and a friend asked me if I could be the liaison between the doctors in the UK and those in Italy. I started going to visit Dionino, whom I didn’t know very well–the relationship had to be built from scratch. The very first time I walked into the house, I met  this person who was on his deathbed while maintaining his dignity as a man. Initially, it was not simple because Dionino kept asking a lot of questions, both medical and personal, in front of which I had to answer very honestly. Many times, I would have preferred to run away.
For this reason, this simple weekly dialogue forced me to work on myself personally. That is, I realized that to stand in front of him, I had first to be serious and honest with myself. I could not tell him half-truths–Dionino needed loyalty and sincerity. And it was like this the entire time: while he walked toward and prepared himself to see Jesus, I walked with him and, following him, I regained myself. The loyalty to that weekly meeting with him was born within this dynamic.
I realized that I could not help but to continue visiting him because his open humanity was what I was looking for, for myself. Dionino, through his experience, helped to awaken my desire to be alive. Within the reciprocal affection which was born, a familiarity developed  because we shared the same tension toward Destiny.
This affection spread among the others in the Memores Domini  house;  in addition the relationship with my boyfriend and friends flourished again. The initial intuition of good turned into a personal work, looking at a man who lived his encounter with Jesus in a human way, and finally into a solid judgment, forced by his death. This judgment is that it is true that in accompanying someone to death, one can regain life.
Now, in the daily struggle, getting “stuck” again is easy, but thanks to the flesh of His preference seen through the face of my friends and within the circumstances, I have learned to recognize Him, and this will remain always the solid point of a new beginning. It wasn’t the dramatic circumstances that made this past year so extraordinary, but the fact that I have learned to love Jesus more by following a man who wanted to embrace Him. Through this, I learned to love myself, my humanity and then everything around me.
Giulia, London (Traces Jan ‘14)

giving thanks for pain …

For the last six years of his life, Tavener was crippled and in constant pain. Already suffering from Marfan syndrome, a congenital disease that affected his heart, eyes, and muscles, he suffered a series of heart attacks which he barely survived. He commented, “The big danger of Marfan is that you can suffer a rupture at any time, and you go quickly. So I suppose I live with the thought of death very much in front of me.”

Last July, he told an interviewer that he had learned to be grateful for his suffering from the disease. “Having pain all the time makes me terribly, terribly grateful for every moment I’ve got.” (from Plough obit)